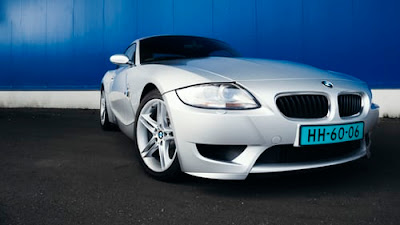 (photo by Reinhart Julian on Unsplash)

Granted, this may be an odd title for a blog BUT, I really wanted to share my amusement with you all since I discovered that Z4 Drivers do this thing called "wave" (especially when it comes to my other half)

Yes, you've guessed it, they Wave at each other..... well sort of, but i'll come on to that later.

BMW Z4's are a type of sports car. A relatively new car to be fair with the first generation coming out to play in 2002 having replaced the Z3 models. They are fast, two seater, mostly convertible (not the E86 version) speed cars. Completely impracticable for family life however, are the perfect get away vehicle for a couples road trip.

(Photo by Christian Velitchkov on Unsplash)

Ok, so visualise with me. Your at the bus stop waiting. The Bus comes and just at the same time, another bus passes on the opposite side of the road and, you see both of them give a little wave, a sort of nod "alright mate" kind of acknowledgement to be polite. You know what i'm talking about right? Eddie Stobart lorries probably do this same thing? For me, I think there is a key piece of information as to why this occurs being, the simple fact they work for the same company, doing the same job and, there's a good chance they know one another so of course, they are going to wave and say hello.

(Photo by Thomas Reaubourg on Unsplash)

Z4 drivers on the other hand are less likely, in my opinion, to know each other. How do I know this? Well firstly, my other half has a Z4. A white, hard top convertible, 2.8 M sport, complete with air-con, four tyres and a steering wheel. He loves the car. He cleans it, polishes it, rubs little tiny marks off of it with his finger and will stand an admire it every so often.

He does not know any other Z4 drivers however, he waves to them all. Every Z4, no matter how old or new. No matter the colour, soft roof or hard roof, he waves. 9/10 Z4 car drivers, do not wave back. That's right, they leave him hanging and he well make some comment like " oh, they didn't wave back, maybe they didn't see me?". I just roll my eyes, a little like hyacinth Bucket (keeping up appearance) when her books fall over or Elizabeth spills the coffee.

This kind of response, led me to believe that my other half MUST have made it up. Like starting a new trend or something? however unlike the gooey aliens that were said to have babies in the 90's, the trend hasn't caught on so well.

This thought process of mine was ruled out however, when I discovered that Z4 car owners, have an exclusive Facebook group. (If you are a Z4 owner and are NOT apart of this Facebook group, go and have a look) 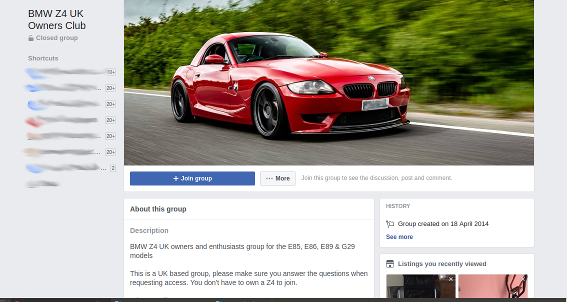 Naturally, I'm no longer sure what is going on in the world of z4 waving since my first thoughts are not true. My other half did not try to start a trend but it would appear however, that there is a focal point and a relationship of some sort going on in the world of Z4 drivers- i'm just not sure it's as catching and prominent as what my other half thinks it is or wants it to be.

I myself drive a Ford Kuga and I certainly do not go around waving at every other Kuga I see. To Be fair, if I tried this, my hand would be constantly waving since the area we live in is over run by Kuga's.

For myself going forward, I am keen to know if there are any other car groups, van groups, motorbikes, planes or boat groups out there, that "wave" and or have another form of quirky communication/ acceptance gesture thing going on.